The Whole Divine Unity Being Cocreation

So as we are passing through higher levels of Soul Embodiment and (Double) Diamond Sun Body Activations of Christos – energetically sovereign level of existing, all memories of why we “finished” in death supporting functioning here & under the government of False Father God (Lucifer) etc. in various dimensions. This has to do with one CORE STARTING POINT EVENT of the first LUCIFERIAN REBELION AGAINST DIVNE MOTHER AND THE CHRIST aeons ago, as the first act of envying her creative powers, and hating her for creating the first Christ (and more) complete sovereign HUMAN AVATAR being, the True Father and King of this Universe, created in the full image of God and so they were hating and crucifying the Christ and this whole principle in thousand ways, tyrannizing it, all also through the use of alien technology during galactic wars, exploding Suns & planets. There was a strong outer focus, ego, sense of comparing, self entitlement, self importance, thirst of power, protagonism, and hate, and seeing especially the Mother God as unfair, and seeing him (Lusbel and it’s team) as poor incomplete being(s), and unfortunately many light beings agreed and attacked the representatives of True Mother Father and Child God, Sacred Trinity and other light beings. Going remembering many scenes around this, hard to process but happy to heal and clear the most important event for all of us in this creation, which after this, repeated itself so many times.. This explains a lot of my personal “whys” of this lifetime events, as to many of us it can, as this is the strongest memory of all of us, of what happened in this Uni and why we are here 🙂 Time to go forward 🤗🎶💙💛💗 in Unity Love, Petra. 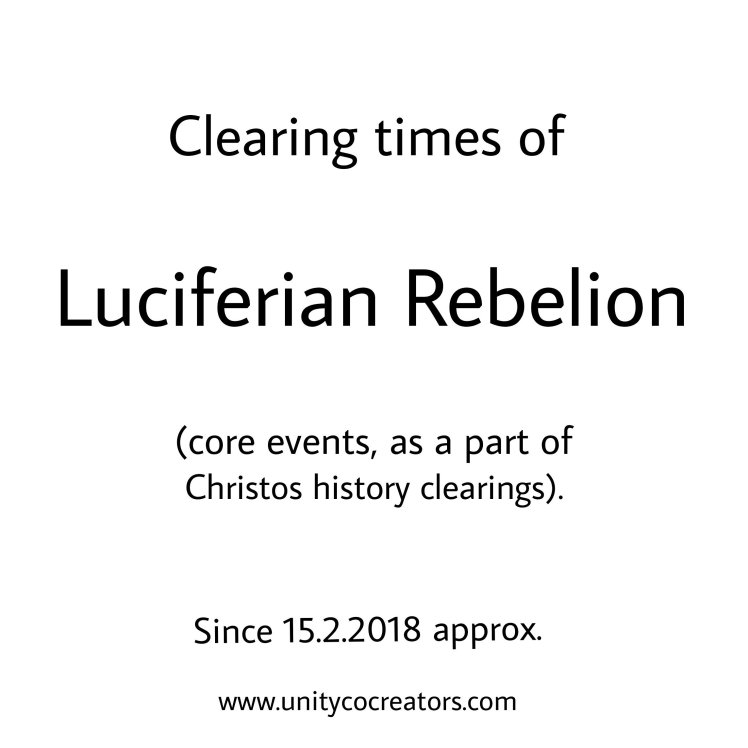